Kenyans Air Their Views on the State of the Economy

According to the Afrobarometer Round 8 Survey, Kenyans are divided over their assessments of the economy but are generally not happy with the country’s performance.

Only 44 per cent of Kenyans believe that the country is headed in the right direction as opposed to 48 per cent in 2016. The survey, conducted in September 2019 among 2,400 adult Kenyans, shows an increase in discontent on economic performance in Kenya amid optimism about future economic outlook.

The Afrobarometer’s findings were unveiled by Dr Paul Kamau during the IDS Seminar entitled, “Citizens’ Perception of the Economy”. The seminar was held at the University of Nairobi Towers on 23rd January, 2018. Dr Kamau is the Institute for Development Studies’s (IDS) Senior Research Fellow and Associate Director.

The survey, which was conducted by IDS, finds that majority of the youth feel the economy is going in the right direction while the older people are the most unhappy. A majority of Kenyans say the government is performing poorly on creating jobs, keeping prices stable, and improving living standards of the poor.

Corruption, unemployment, and management of the economy top the list of economic issues that Kenyans want the government to address. Citizens overwhelmingly think the handshake between President Uhuru Kenyatta and opposition leader Raila Odinga is good for national unity and development.

“Furthermore, Kenyans have a consensus that fighting corruption, creating jobs, keeping price stable and improving living standards are key economic issues that the government should focus on,” Dr Kamau said.

The Afrobarometer survey consisted a sample size of 2,400 adult Kenyans and was conducted between 28th August and 26th  September 2019.

IDS Seminar is a popular series of bi-monthly seminars hosted by the Institute for Development Studies.  The seminars are coordinated by Dr Radha Upadhyaya, a Research Fellow at IDS.

Some of the recent IDS seminars are: 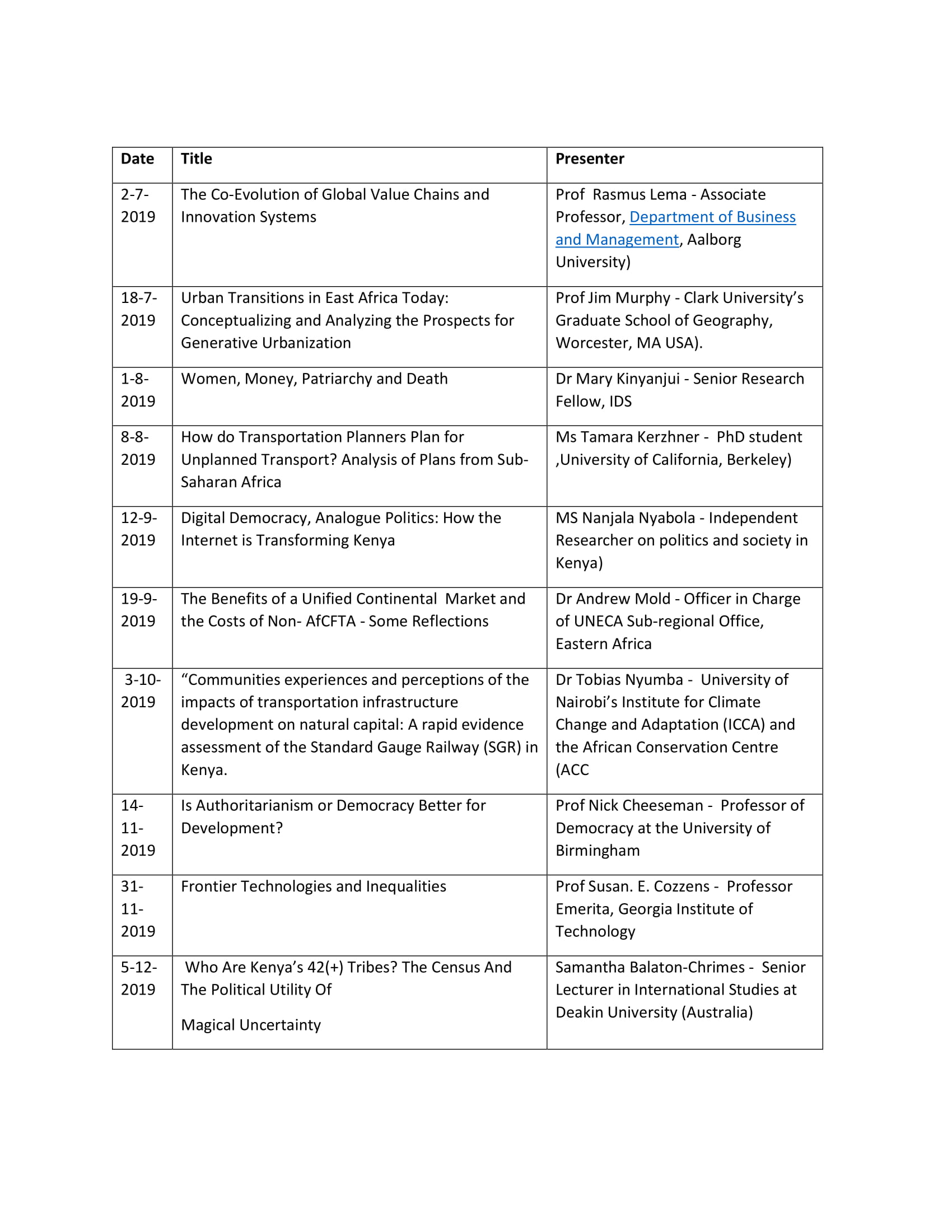 The Big Question on Kenya’s Tribes

How many tribes are in Kenya? Why has there been different numbers over a period…

© University of Nairobi 2019.  All rights Reserved.